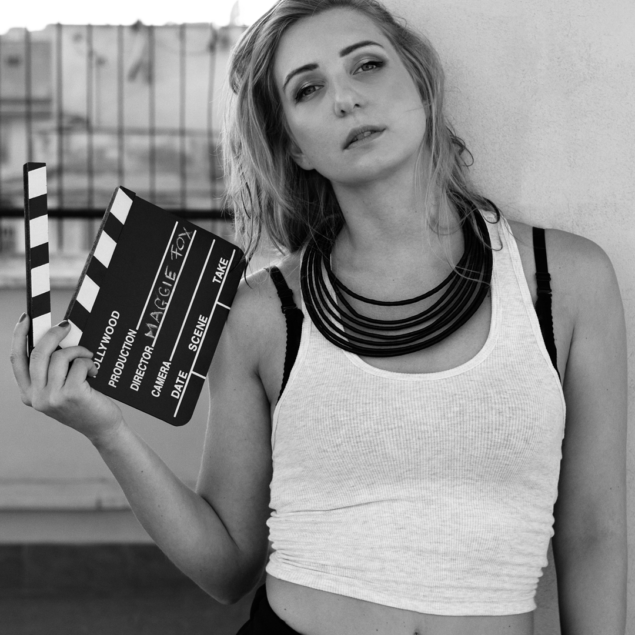 Director and actor Margarita Bareikyte has won the Residenza Cinematografica 2021- Sentiero Film Rec. From August 26th to September 9th Bareikyte explored the streets of the San Frediano neighborhood in Florence looking for faces, souls and stories to tell. We had the chance to speak with her during the Sentiero Film Factory at the Serre Torrigiani and took this oppòortunity to ask a few questions.

Congratulations, Margarita, for your residency in Florence. Can you tell us how it went and what we can expect from your short movie shot in San Frediano?

It went very well, I found a story for my documentary that really touched me. I was afraid that in a short period of time I wouldn’t be able to find something that I could be really “into”. Every filmmaker knows that a good story is already half of work and that’s important to love the story you are doing, without it the movie won’t be honest.

The movie is already filmed, now we have to finish it and most probably it will go out at the end of this year. I hope that this story, which has many links with my personal life, will motivate many people to be brave and follow their dreams. My main character – painter Giambaccio – has a very vivid and interesting personality, so, at least, a good mood is promised!

You have already had many interesting experiences and played different roles (pun intended) in your life. Can you tell us about your choices and what moves them? And of course how is it living and working in Italy as a foreigner and as a Lithuanian?

Yes, I am not afraid to admit that I have changed many professions in my life , but all these experiences took me to where I am now and I am not regretting it. As my character from the future documentary On the other side  – the previously mentioned artist Giambaccio says: “If I hadn’t done my previous work, I wouldn’t had arrived at this point, where I am now and I wouldn’t reach liberty”.

I strive for new experiences and I wanna feel always young and going somewhere forward. The changes are one of the ways to go forward. It is not easy and you have to be brave, but it’s worth it.

I couldn’t say  that changing country was an easy choice for me. Being a foreigner (plus – a woman!) filmmaker in Italy is challenging. I do realise my possibilities to receive funding for my projects or to get on the set – it’s almost impossible.

But somehow I feel braver here than in Lithuania. Maybe because when you don’t feel comfortable, you do more and better. Because you have to survive. You are more determined. Plus I have noticed that Italians, when you do a good job, they remember you and they recommend you. I feel that filmmakers here are quite collaborative  and cooperative, they do help you. I never heard “No” when I was asking for a favour or advice . And this is wonderful. Already the existence of Women in film, Television and Media Italia says a lot!

For sure, I would like to film a feature move and a TV series. I even have scripts for them. My next object to explore – big cinema productions and sets. Because before I always worked as an independent filmmaker with small budget projects. Since I have learnt with “nothing” (zero budget) to do “everything” (good movie), I guess now I deserve to work and create in better conditions! 🙂

Thank you, Margarita, for your time and fresh gaze. We look forward to seeing On the Other Side!

All the best with your future projects!

Margarita Bareikytė (Lithuania/Italy) – theatre/film director, actress, composer, visual art project manager, lecturer. Margarita has staged many theatre productions and musicals in Lithuania and abroad, worked as a lecturer with students of Musical Theatre. As a filmmaker, Margarita directed short movies, documentaries, music videos and commercials; her movies have been selected by important film festivals, she received nominations and won prizes all around the world. Margarita is the winner of the “Pigneto Film Festival 2020” for the Best Short Movie “Tran Tran”, which was later presented during “Festa del Cinema di Roma” festival.