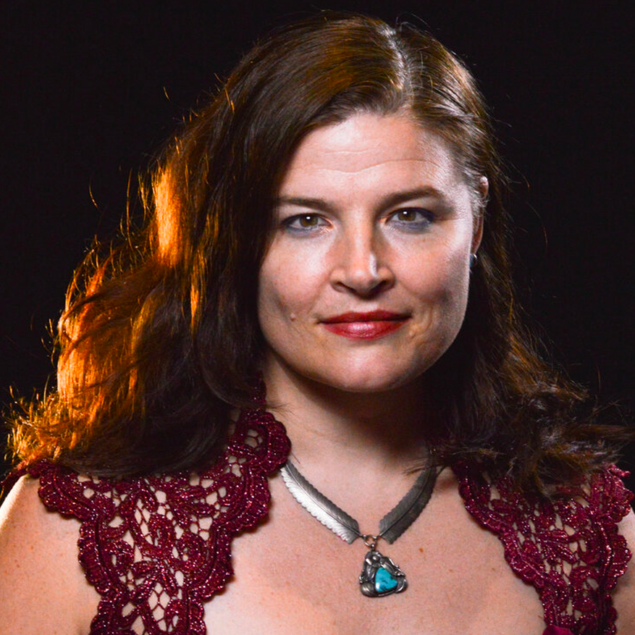 you have to work with others”

(But if you want to go fast, and still support others, go here for the crowdfunding project that will be more described in the interview)

Jenn Lindsay, our protagonist, is a professor, a producer, a filmmaker and a member of WIFTM Italia among many other roles.

Ciao Jenn, So Fare Films is the production company you recently cofounded in Rome together with other 2 women. Can you tell us a bit more about why you chose this name, what idea is behind it and why you decided to start this adventure?

So Fare Films is an award-winning production company and film education program in Rome, Italy that produces compelling documentary films and educational materials that broaden perspectives. Our mission is to include women and people of color in the film industry, in front of the camera and behind it… at all stages of their storytelling careers.

It all started in 2017 when I was filming a documentary about a Buddhist monk in Rwanda and I heard an African proverb that challenged my solitary work ethic: “In order to go fast, work alone; in order to go far, work with others.” I had worked for 20 years in documentary film and reality television, largely as a “one-woman band” producer-director-cinematographer. And you know what? I was tired! I was tired of handling everything on set, of carrying a ton of equipment, of needing another pair of eyes on a project I had played 150 times over.

Over the years, I realized that the best filmmaking is a team sport. I also learned that completing a film is only 50% of the filmmaking process; you also have to connect the film to its audience, which requires knowledge of the film business. So, later in 2017, in conversation with editor Sarah McTeigue and producer Kiki Miller, the three of us started dreaming of a collaborative, women-centered film production team where students, interns and volunteers constitute the workforce on a range of film projects, gaining professional experience before entering the job market, and sharpening their storytelling craft while raising awareness of social issues.

Sarah had a great name in mind: So Fare Films. Pronounced “Soh Faray,” it comes from Italian—from sapere, to know, and fare, to do—and the name means “I know (how) to make films.” We loved this double entendre: in English, you read So Fare and you think of distance (so far!) and justice (so fair!). In Italian, the name evokes education and skill acquisition. And the name as a whole evokes our aspiration: to make films that go so far in their vision of a better, fairer, and happier world.

It wasn’t until January 2020 when I finally put together a team of assistant editors at John Cabot University, where I’m a professor of Sociology and Communications. We were working on several films and realized we needed a foundation from which to promote or work and to grow as a team. So the production company was born, as a voluntary association. Two years later we are angling ourselves to re-launch as a proper company, a production house for documentaries and educational materials that promote diversity, equity, and inclusion—both in content and in the company operations.

Today, we have hosted a total of 30 team members, most of whom are enrolled at or recent graduates of John Cabot University in Rome. Our team members specialize in Video Production, Marketing, or Business Strategy. We have 5 documentary projects in various stages, from development to the film festival circuit. Our film projects have been selected and screened in 26 different film festivals and we have won 12 awards. 89% of the people involved with SFF are female, in an industry where about 35% of narrative film crews are female and 42% of documentary film crews are female.

You recently released a series of video pills called Women in Progress. Can you tell us more about this project and the women in front and behind the camera who worked on it?

The Women in Progress docuseries is a So Fare Films production made entirely by our young filmmakers, a group we call the Emerging Creators. The Emerging Creators Network is our way to bridge classroom education with hands-on experience in the real-world workflow of professional filmmaking. It is a platform for emerging filmmakers to cultivate and sharpen their portfolios, through contact with mentors and peers, and share their work with the world through the channels of the production company, bringing their work more visibility, legitimacy and momentum. The Emerging Creators are not just filmmakers—they also work in media marketing and business strategy for the company.

The flagship product of the Emerging Creators is the Women in Progress series, a celebration of women’s creativity, passion and initiative. Every season features three short episodes highlighting awesome women in Rome who have carved out a path fueled by their dream.

The Emerging Creators who make these episodes are students or recent graduates of media studies and communications programs who were seeking a collaborative project that would enhance their skills and give them a chance to make something that would be promoted beyond their own social circles. We expect every season to be better than the last because Women in Progress is itself a work in progress, encapsulating our company ethos of “learn by doing.”

The learn by doing approach is very common in the US and in general in the anglo-saxon countries, what has been your experience with your italian students when you first got them involved in your project?

In my experience Italian students are extremely competent with memorization and discipline, but their education has sometimes lacked satisfying collaboration and a personal connection with a mentor.

While American students tend to be more naturally entrepreneurial, Italian students tend to wait for leadership and direction. However, Italian students are invaluable in feedback sessions when our team comes together to discuss work they are doing; Americans tend to be overly positive and encouraging—which is appreciated, but not always constructive—and Italians are very straightforward and clear in their assessment of work. They are also a little bit better at integrating feedback and not being as personally attached to their work.

Simulating Religious Violence is a feature documentary about using artificial intelligence to understand religious terrorism. It is the story of a group of computer scientists and religion scholars who harness the cutting-edge technology of computer simulation to better understand how people get radicalized and how religious ideas and identities can fuel escalating xenophobic anxieties and violence. These scientists embark on a discovery process to see if they can build a tool to program, predict, and even prevent religious terrorism.

I filmed the scientists in the United States, Norway and Greece between 2015-2019 and the So Fare Films team started post-production in 2020. Now the film is almost completed, but we need to raise completion funds to pay for sound editing, color correction, film festival entry, licensing and legal protections. We have an ambitious goal to achieve broadcast or streaming distribution and we know it costs a lot of money to get a film ready for a good distributor. So we are turning to our community of friends and family, and growing our audience as quickly as we can, to raise $35,000 in one month.

Crowdfunding, in the last decade, has become a major avenue of funding for independent filmmakers and we have been intrigued and nervous to try our hand at it. I will say it is a LOT OF WORK, but also very empowering to build our own treasure chest of resources and to strategically communicate our company and film mission… and to see the enthusiasm and the dollars flow in.

As of now, we have raised 40% of our campaign goal, and we hope to continue attracting support from people who know it takes a village to raise an independent film. The voices of independent storytellers are a precious resource for an expressive, vibrant civil society, and we believe that people want to see us succeed—and to participate in our success! Backers can make a pledge at www.SRVfilmsupport.com, and also watch the amazing pitch video prepared by the So Fare Films emerging filmmakers.

Thank you Jenn and good luck with your projects! 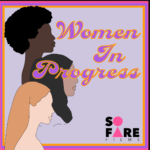