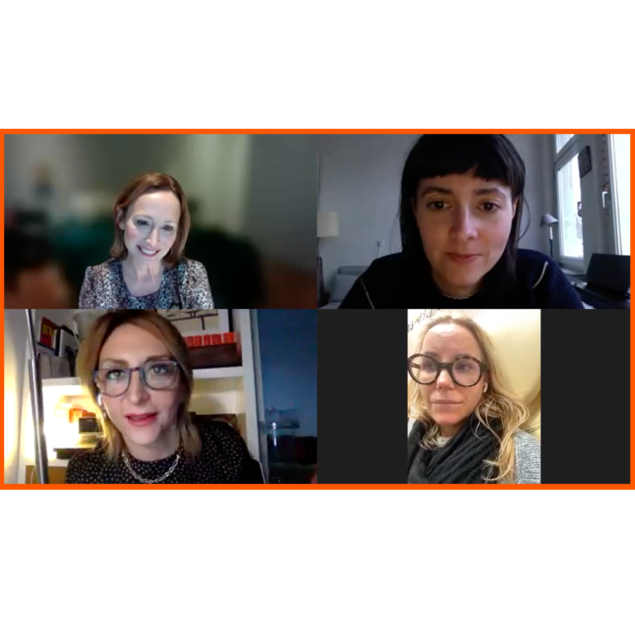 With Italy as  the country of interest at this year’s Berlinale, we were happy to be front and center at the WIFTI keynote address which focused on something we thought the world needs more of in this moment in time: comedy.

Moderated by Kissy Dugan, the panel featured international talent who have created content that makes us laugh. Germany’s Alice Gruia and creator of the smash hot Lu Von Loser, Sofia Helin who has just created the comedy Lust for HBOMax and Italy’s very own Paola Minaccioni, who has not only made us laugh for years, but who has now thrown her hat into directing and feature screen writing.

The candid conversation highlighted the vulnerability that goes into a comedic piece. An internationally celebrated actress, Sofia Helin announced that she was ‘terrified,’ to release her first comedy into the ether. Alice Gruia talked about writing a comedy without trying to go for the laugh, and Paola Minnacioni made it clear that one must work from truth and from what makes them laugh. She added. “If you are writing and laughing, that is always a good sign.”

The event wrapped up with break out rooms for networking with participants from many countries in attendance.

Humor is an essential part of the most successful content of the film and TV industry.

To laugh is a lot of fun. It unites people, it gives audiences a great time. However – to create great humor isn’t always a walk in the park. To be funny can be a serious and challenging business.

Nicole Ackermann – Chairwoman of the Board WIFT Germany, Member of the Executive Board WIFT International

What goes into creating funny characters today, and how comedy connects us all